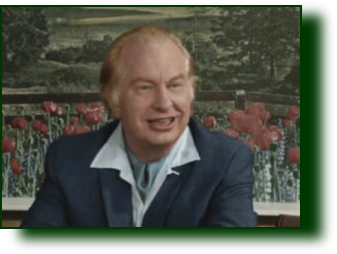 âProfessionals see situations and they handle what they see. They are not amateur dabblers.â
- L. Ron Hubbard on Professionalism,
Â© 1954, 1985 issued as a quote on a wall plaque

We are a group of successful professionals who have been Scientologists for decades, each highly trained in Scientology technology (Ethics, Tech & Admin), OTs, and with substantial contributions to the Church. Â As of the date of publication of this website we are in good standing with the Church.

As professionals, we see a situation of enormous magnitude, namely:

The failure to implement LRH’s intentions for the governance of Scientology organizations after his departure, as expressed in estate documents signed by LRH. The documents, which are set forth herein, clearly reveal LRH’s intent that the religion not fall into the control of one person.

After first attempting to handle this internally, we have decided to go public.

We care too much about the aims of Scientology, as set forth by LRH, to remain silent, to be intimidated into inaction.Â  Besides, “how come our necks are so precious?”

We invite you to look; to become familiar with the website and its content; and to then make your own decisions

To Inform the Scientology community about LRH’s intentions when he established the corporate and governing structure of Scientology organizations shortly before his departure and during the process of writing up and turning over his hats, and to expose the fact that safeguards put in place by LRH have been unmocked, his intentions betrayed and dishonored.

To set forth the intentions of LRH for the governance of Scientology organizations and to explain the legal requirements of religious corporations and tax-exempt organizations, how the current system violates the law and puts at risk the Church and its valued tax-exempt status as well as undermines LRH`s intention to propagate and expand the “religion” of Scientology, which is not necessarily the same as the current “churches” of Scientology, and to provide a solution.

Almost completely foreign to Scientologists are the following key safeguards
instituted by LRH: